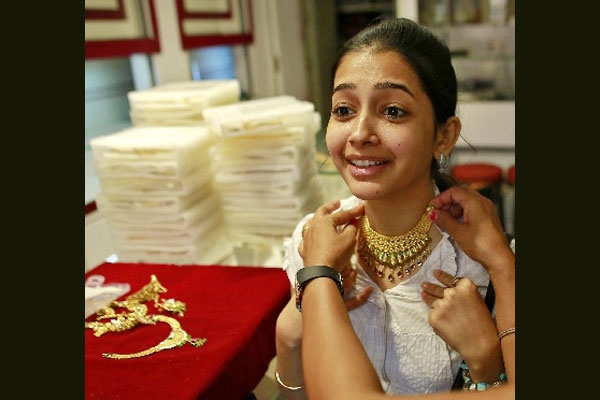 Gold edged up in choppy trade on Thursday as the U.S. dollar gave up gains, while demand from the physical sector also underpinned prices.

But expectations the U.S. Federal Reserve would maintain the pace of a withdrawal of monetary stimulus may diminish gold's investment appeal as a hedge against inflation.

The precious metal sank to a six-month low on December 31 on prospects for a global economic recovery.

"It's still rangebound for gold. It's broken a few tiers but at the moment, it's still capped within $1,330," said Brian Lan, managing director of GoldSilver Central Pte Ltd in Singapore.

"What we can see is that it should correct a little because the rise has been too sharp," said Lan, who pegged key support at $1,305 an ounce.

But dealers expected jewellers to buy on dips while India's plan to keep tax on gold imports at current levels could underpin sentiment in the physical market as it will lead to more smuggling.

Gold demand in India is expected to be robust in 2014 and likely to encourage an increase in smuggling if curbs on bullion imports remain, the World Gold Council has said.

Premiums for gold bars in Singapore were mostly steady from last week at $1.20-$1.50 an ounce to spot London prices. Dealers noted buying from jewellers in Indonesia, while Thailand sold some scraps to Singapore.

Premiums for gold bars were also steady in Hong Kong at $1.30 to $1.70 to the spot London prices.